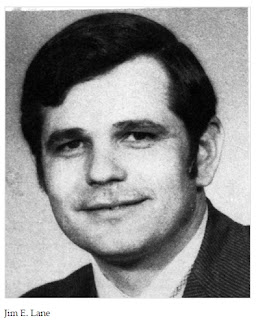 When Gene Stipe's political machine imploded, several other elected officials also paid a price for their corruption. Jim Lane was one of them.
The Tulsa World said;


Ghost employee: Former state Sen. Jim E. Lane of McAlester was sentenced in 2003 to three years probation and two months home detention for his role in funneling illegal money into Walt Roberts' unsuccessful 1998 congressional campaign. Of the more than $200,000 in illegal money that ended up in the Roberts campaign, most was tied to Stipe, but Lane was directly tied to less than $70,000. Lane's sentence in the Roberts case came only six months after he was released from prison where he served seven months of a five-year sentence for defrauding the state as a "ghost employee." 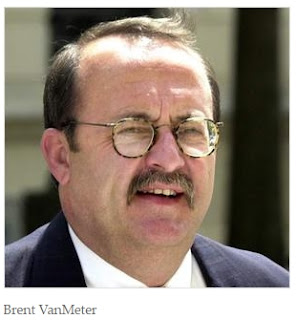 The residents of our nursing homes are quite vulnerable. When they are abused, the whole state gets outraged. But when nursing home operators want to cut corners and get away with it, they eventually face a state inspector.
The Tulsa World said;


State Health Department: In 2000, the State Department of Health was rocked with scandal when the FBI showed up at the office of Deputy Health Commissioner Brent VanMeter, who was subsequently charged in federal court on several counts including money laundering and bribery. VanMeter conspired with two nursing home operators to have them pay VanMeter bribes in return for the Health Department's giving favorable treatment to their homes. VanMeter was convicted of both state and federal charges. Testimony showed he was using the bribes to feed his gambling habit.

December 8, 1998 AP
OKLAHOMA CITY - An Oklahoma Highway Patrol bodyguard for Lt. Gov. Mary Fallin has resigned after admitting ”unprofessional conduct” amid allegations by her estranged husband that she had an affair with a bodyguard.
Mrs. Fallin, a Republican who was elected to a second term last month, filed for divorce last week. At a hearing, Fallin’s attorney raised an allegation about the lieutenant governor having an affair with an unidentified bodyguard.
In a statement Monday, Public Safety Commissioner Bob Ricks said rumors surfaced in early September about ”alleged unprofessional conduct between a member of the executive security detail and the lieutenant governor.”
The statement said the trooper first denied the allegations, but was again questioned late last month and ”admitted to unprofessional conduct and was permitted to resign. That resignation was accepted last week. His admission did not indicate that sexual activity was involved.”
The trooper was not identified and Ricks was reported unavailable for further discussion of the matter.
Lana Tyree, Mrs. Fallin’s attorney, later issued a statement saying the lieutenant governor would have no comment.
Read more, here..
at 7:45 AM

Since 1990, the Republicans controlled the commission when they held 2 of the 3 seats. When Commissioner JC Watts was elected to congress in November of 1994, the lame duck governor, David Walters; sought to give the Democrats control of the Commission by appointing former state attorney general Charles Nesbitt as a temporary successor to JC Watts. Gov. Elect, Frank Keating intended to name Ed Apple to the temporary post. The case ended up being argued before the Oklahoma Supreme Court. Oklahoma's governor is sworn in a week after the US Congress swears in their members to a new term.

The Daily Oklahoman recapped the drama this way...


A brief accompanying Nesbitt's petition claims Watts' commission seat "was vacant at the latest on Jan. 3, the date of commencement of the congressional term for which Commissioner Watts was elected," thus allowing Walters to appoint a replacement. Watts says he did not officially resign his commission seat until Jan. 9, after Keating became governor and gained the right to appoint Apple.
"This is a political controversy," Nesbitt charged. "The Republican Party undertook a power play. They did a real sloppy job of it, but it's for the Supreme Court to decide whether it was effective enough," he said. 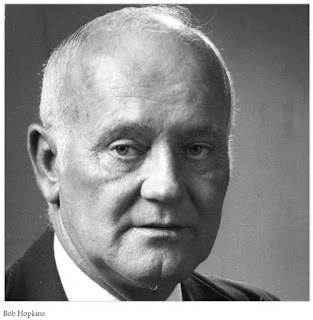 The watchdogs over the state-sanctioned monopolies are called "Corporation Commissioners". But too often they become cozy with the very corporations they are supposed to be watching.

Bribery scandal: Another Tulsan, Bob Hopkins, a former state corporation commissioner who represented Tulsa County for 28 years in the state Legislature, was convicted in 1994 of accepting a $10,000 bribe from a Southwestern Bell attorney. In return, Hopkins had voted to allow the telephone company to use $30 million in overcharges. Hopkins died in 1997 at age 68. 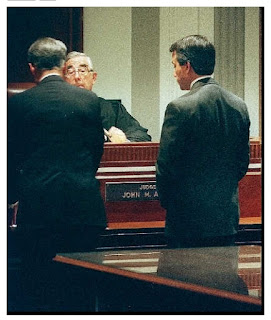 
Then in 1990 a scandal emerged from the gubernatorial campaign of winner and Democrat David Walters. Walters won, but the campaign was accompanied by a barrage of press reports that he had raised and spent more money that any previous candidate. Investigations by the state attorney general and Oklahoma County district attorney led to charges of campaign violations. Walters finally pleaded guilty to misdemeanor charges. Critics attacked the outcome as letting him escape too easily from more serious charges. Still, the publicity probably moderated some of the worst excesses of campaign finance. And in this case reform had occurred with little federal intervention, in itself a significant gain.
One of the more prominent politicians convicted in the last 25 years of the state's history was former Gov. David Walters. Walters pleaded guilty in 1993 to a misdemeanor charge of violating a state campaign law in a plea agreement that dismissed eight felony charges of conspiracy and perjury. The conviction also led to his decision not to run for governor again. Walters, a Democrat, became president of Walters Power International, a company that provides huge electricity-generating mobile plants sometimes located in remote regions.
at 7:45 AM 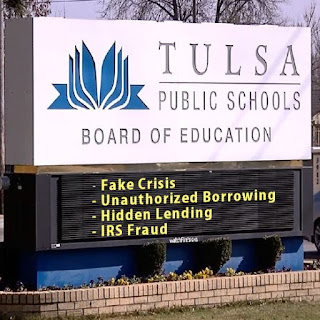 Tulsa Public Schools Claimed Poverty While Running A Loan Business With Surpluses
Roughly a decade after Okscam came to light, a major scandal broke that grew out of the misuse of education bonds issued by school districts. A word about bonds is in order. Federal officials allowed local officials to issue education bonds to tide them over financially tight periods, as when property tax receipts for schools were late coming in. The bonds were never intended as a means for local education officials to make money, a distinction that was to become quite important as the bond scam unfolded.
Bonds Without A Vote Of The Electorate
During the 1980s, a major bond underwriting company, Stifel, Nicolaus, and Co., was active in promoting the use of bonds to finance public projects. Stifel also engaged in promoting candidates for office via contributions to their campaigns. The Stifel bond company formed a political action committee (PAC) to channel political contributions to candidates, and also channeled contributions through company officers and lobbyists. By these means, they could contribute quite legitimately, just as other businesses did.
Read more, here..
at 7:51 AM

Corruption Chronicle is a historical blog, recounting important lessons from past abuses of power in public office, in hopes we learn important lessons of maintaining diligent accountability. Even the best of us will fall, if given ample opportunity. Here are more stories to illustrate the point...