Election Board Secretary, Harmon Moore, Goes To Prison For Embezzlement 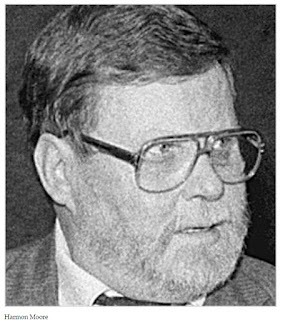 There were several claims of fraud and shiftiness for years. But none could be proven. Oldtimers still say that the 1984 mayoral race was wrought with corruption by the many broken machines that led to long lines at the polls, but only in the heavily Republican precincts!
Then, in 1987, The Tulsa World said;

Tulsa County Election Board Secretary Harmon Moore Jr. resigned amid allegations of embezzlement; he later was convicted and sentenced to seven years in prison for embezzling public funds.

Embezzlers: Also in Tulsa County, election board secretary Harmon Moore was sent to prison in 1987 for embezzling public funds. He was convicted of converting $16,713 in public funds to his own use.

Posted by SoonerPolitics.org at 4:14 PM

Corruption Chronicle is a historical blog, recounting important lessons from past abuses of power in public office, in hopes we learn important lessons of maintaining diligent accountability. Even the best of us will fall, if given ample opportunity. Here are more stories to illustrate the point...